SSF 20th Anniversary: Why I became a Patron 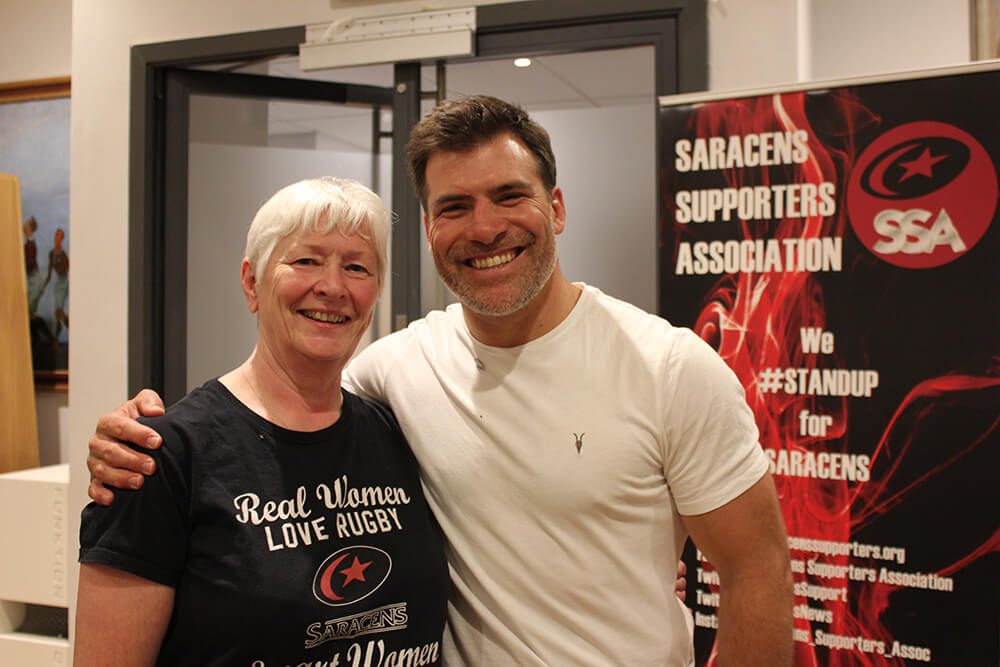 As part of our 20th Anniversary celebrations, we asked people why they have chosen to support the Saracens Sport Foundation over the last few years.

We spoke to Rita McNeil to find out why she has chosen to become a patron of the Foundation.

What made you decide you wanted to become a patron of the Saracens Sport Foundation?

I have been an interested follower of the Sports Foundation since its inception, and have donated on Foundation Matchdays for example.

But I didn’t really understand HOW I could get more closely involved until quite recently. I was reading something online about a Sports Foundation event and saw a link on the page, which I followed.

As a former teacher I have been particularly interested in two of the Foundation projects – Sarrie’s Skills Club (photo above from a Skills Club session), which helps severely autistic young people and their carers and the Get Onside project for young offenders.

When I realised that for a relatively small amount of money I could become Patron and would be invited to visit these projects – and the Foundation would be able to claim Gift Aid on my donation too, it was a no brainer, and I signed up just over a year ago. Since then, I have visited Feltham twice. I am hoping to visit the Sarrie’s Skills Club this year.

How have you seen the Foundation grow?

Since I first became aware of the Sports Foundation many programmes have been added to the list, including Love to Dance for the over-50s (I suppose I really ought to join that one!), the Nordic walking group and Wheelchair rugby There have also been many more outreach events in local schools and rugby clubs.

What has made you continue your support of the Foundation?

While I haven’t been involved for very long I will continue to support for as long as I can because the Sports Foundation is doing such good work across a wide range of programmes, for children, young adults (who often get overlooked) and the over-50s. It helps everyone in the community

What part of the Foundation has made the biggest impression on you?

In the Fez Club and at various SSA events some of the autistic young people have been able to speak to us about how the Foundation has contributed to and improved their lives. For some the progress they have made has been little short of miraculous, but for each one the opportunity to move, work and interact for a couple of hours each week is something really important and special.

The fact that their carers also get a couple of hours respite in the company of others who understand just how difficult life can be for someone with a severely autistic child is also very important.

Also the low re-offending rates for those young men who take part in the Get Onside project show that what the Sports Foundation is doing is worthwhile and valuable, not just to the participants but also to the community as a whole.

Chatting to the young men at Feltham let me see that they felt privileged to be part of the project, but they also felt that the project gave them self-esteem and that they were valued for who they are. That Saracens continued support for them after they have been released is also a vital part of the programme.