Get Onside 2019 Winter Cycle – Rugby is the winner 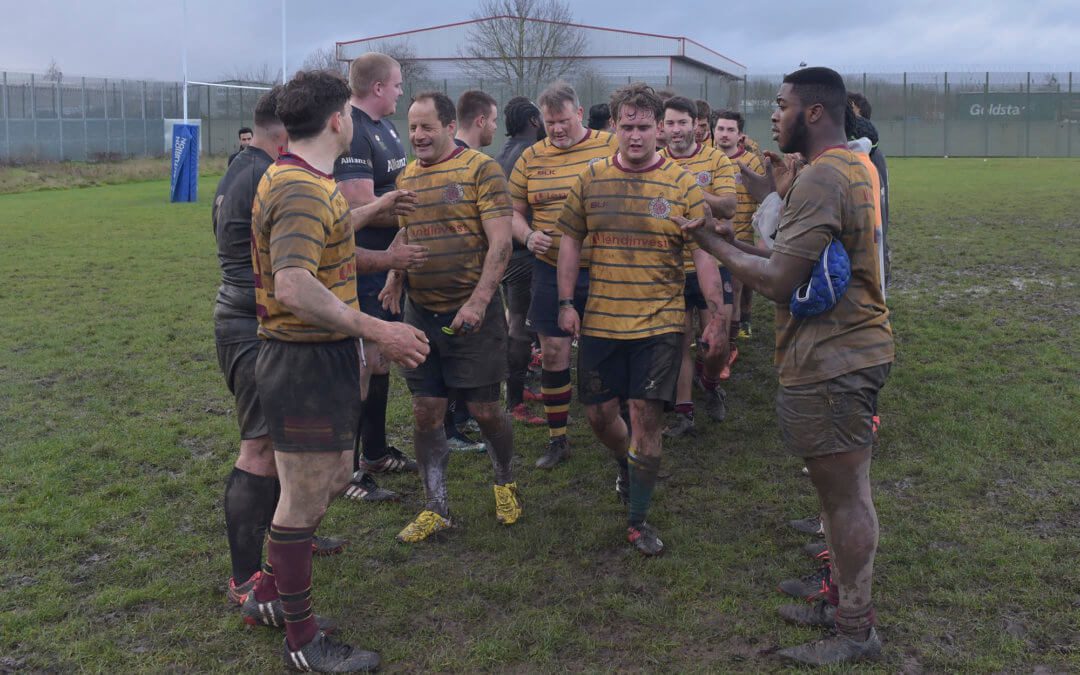 Eight weeks ago, the team of young men from HMP Feltham had never passed a ball, tackled another player or witnessed a ruck and would have struggled to tell you the names of the other young men in their team.

Eight weeks later, rugby had turned them into a team of mates, willing to take on the challenge of playing a team who train and play regularly together, UCS.

The team from UCS RFC brought a mix of experience and youth and it was youthful exuberance which got them onto the front foot early on against hard running Feltham ball carriers as they knocked Feltham back with some huge tackles. Now Feltham knew what rugby was all about.

The team from Feltham responded, loving the challenge being thrown down to them by the hard running, big tackling of UCS. Working together as a team they repelled the continual attacks from UCS. And began applying their own pressure, looking to go forward at every opportunity.

It was UCS who scored first after some tidy handling in difficult conditions, before adding another couple of powerful scores. But after some silky running from the backs, Feltham had UCS pinned in their own 22. An attempted clearing kick was charged down and two phases later the Feltham forwards powered over for their first try.

A couple more excellent tries from UCS followed, before rugby demonstrated its ability to bring people together. A miss placed pass was intercepted by the Feltham winger who sprinted and scored in the corner. The whole team joined in the joyous celebrations and despite the score, rugby had one the day.

Our thanks go to Matt Jacobs and UCS RFC for a great game of rugby, played in the greatest of spirit.

The Young Adults on this course planned, organised and delivered a really successful event on Wednesday 13 November for some of Saracens’ corporate partners. The purpose of the event is to give the young men the opportunity to work together as a team and take pride in a job well done.

After some hard fought games, Allianz 1 came out on top to take home the coveted ‘Get Onside’ Trophy!

The purpose of this course is to improve the life opportunities of the young men graduating. Throughout the course, we focus on tasks which aim to develop and progress the future aspirations of the young men.

After some vibrant, engaging workshops delivered on course, our young men summarised their own personal and career aspirations for five year’s time using a ‘five minute frame’ devised by Carl Hart, one of our course mentors.

They delivered these to the rest of the course and maturely demonstrated a willingness to change and succeed as people in their lives after prison.

One moment from our presentation game deserves highlighting for encapsulating the effect that rugby has played in the personal growth of the young men from this course.

Our smallest player, with an endearing personality, made an interception on the opposition 22, and sprinted to the line to score. The reaction of the rest of the team was to run and celebrate as one, demonstrating how the young men have grown to care for one another’s successes, however big or small and come together as a team.

If you would like further information about our work in prisons, please contact Sam Cload: samcload@saracens.net or visit: https://www.saracenssportfoundation.org/our-programmes/education-employability/work-in-prisons/