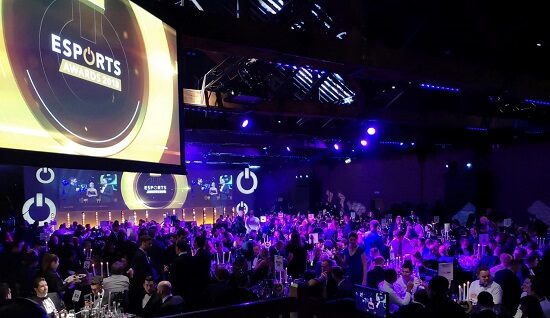 The HITZ programme is a Premiership Rugby led initiative to take disengaged youths Not in Employment, Education or Training (NEETs) and bring them back onto a mainstream socio-economic pathway.

David Booker joined the programme in September this year as he felt that traditional education was simply not for him, and he was instead looking for a new type of challenge with the hope of moving towards an apprenticeship or employment. A keen gamer and eager to get into the world of E-Sports, the opportunity arose for David to get involved at the E-Sports Awards. Using contacts within Saracens, David started attending briefings at Allianz Park, getting involved with event prep and was assigned an event-day role.

Talking about the opportunity, David said:

“I’ve been telling all of my friends about this opportunity, it’s unreal. To think that I will be seeing all of these big names in E-Sports and gaming, the big YouTubers as well, it’s massive”.

David’s role on the day was as a runner to accompany the VIP presenters to their backstage positions before they presented awards. He met some of the biggest names in E-Sports, some of which he openly regarded as his idols, yet he remained professional to the end,  waiting until the presenters had left his supervision to express his very jubilant reactions!

Hannah, the Head of Operations for the event, noted how well he had done on the night:

“David was really enthusiastic and willing to help wherever needed. We could tell he was passionate about the event and showed initiative, followed instructions well and was constantly willing to take on new tasks. He was a pleasure to work with”.

It’s fair to say that overall, the night was a huge success for David, putting the knowledge he has acquired through HITZ to use and gaining invaluable hands-on experience in terms of organisation, teamwork, people skills, and task management. Although, arguably most importantly, David left with a smile on his face and an enthusiasm and drive to take as much out of the HITZ course as possible, having now seen the extent to which it can give back to him.